And the winner is...

According to the judges we have a problem...

The clear winner was Trance with 19 votes. But I'm getting rather partial to Jelly, the last place finisher with a mere 9 votes.  Sure it's an obnoxious chartreuse, but it happens to be a colour I rather like.  In fact, I just bought a new laptop bag that would match nicely. 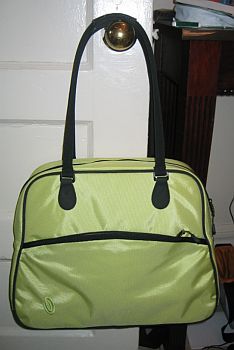 It's even brighter in real life.  So Jelly it is.  If there's a next time for Kidsilk Haze, it'll definitely be Trance (though that Kidsilk Spray looks yummy too).  I'm thinking a Birch like Stephanie's would be nice.  But mostly I just wanted to pad out the envelope when I order Mermaid 5 (there is now a picture of it).  I received yarn samples from my pal Joy and I find the blue less bright than the photos on the Falkenberg site: 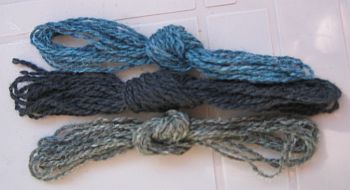 I wish I had more to say knitting wise <cough>Eris<cough> but I spent last night picking out my movies for the Toronto International Film Festival.  And, I have a paper I want to finish TODAY.  It never should have taken this long. September's here and it's time to get back to work.