Super-fab yarn dyer and wonderfully smart assed Kim over at Indigodragonfly has a 1 Skein Club starting in June.  It's open for subscriptions until Sunday March 14th and it's going to be lots of fun.

The deal is you get a skein of yarn dyed by Kim in a Club-exclusive colourway and a pattern.  I'm designing the first offering and am keeping company with other great smart-asses like Glenna C, Sarah Jenkins, Susan Lutsky,and Ronni Smith.  You also get a bonus of artisan swag--something nifty made by the creative folks that Kim meets during her work promoting the Arts.

If you sign up for a 1 year subscription (6 shipments) there's even Cashmere.

Not sure? Go read the details.  And look at my recent Indigodragonfly acquisitions.

Wounded in the Act of World Domination MCN Sock 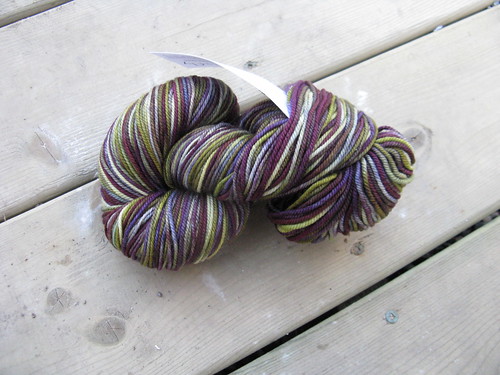 Self Elmolation (giggle) in MCN Sock for some socks for Xander. 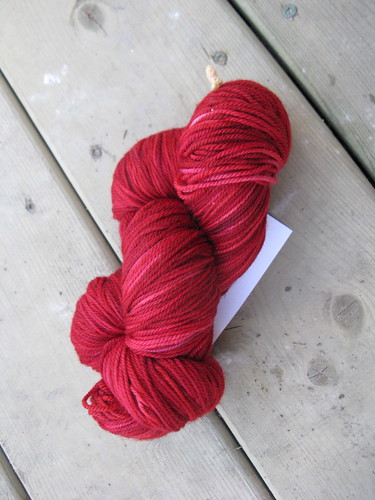 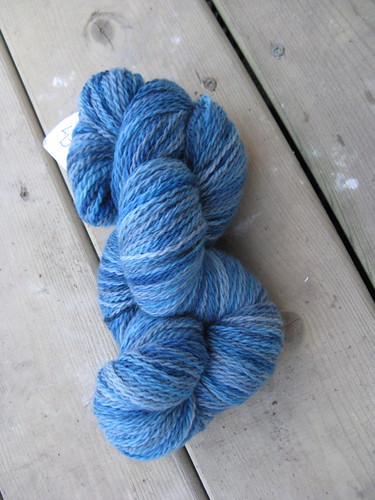 Soft, squooshy colourful and cleverly named.  What's not to like?  And there's more here.  I'm particularly smitten with Beige.

That yarn is beautiful and the price for the club is pretty affordable, especially compared to some of the clubs which are all up front (which makes it a bit harder to stomach).