Their feet grow up so fast

Xander is a growing boy who likes handknit socks. 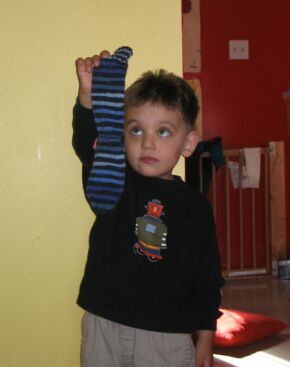 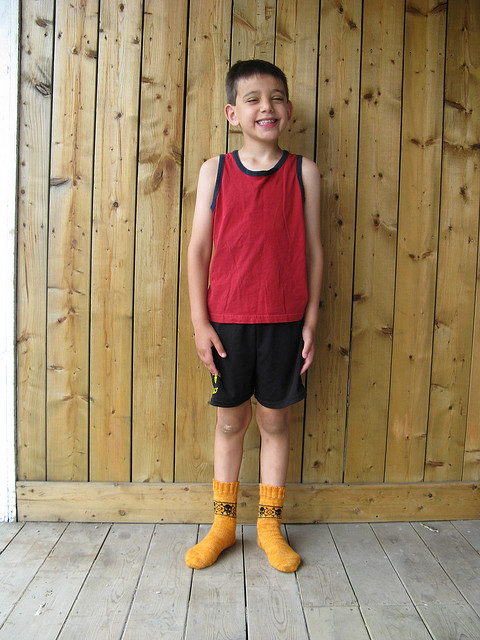 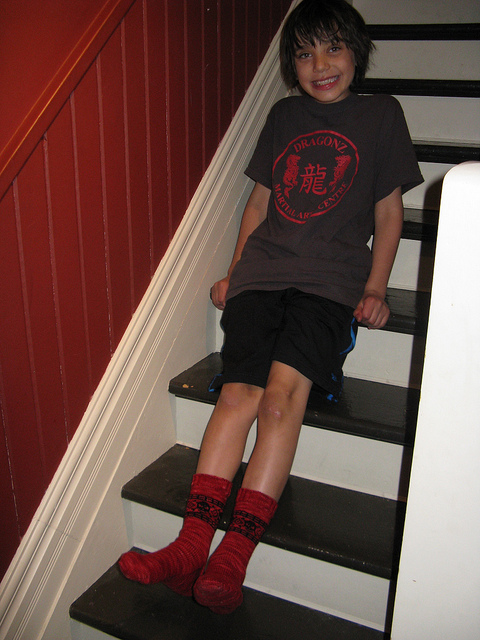 And has a nostalgic mother. (OMG he's so cute!)

Actually Xander is a giant teen who really likes handknits socks and has a mother who is happy to knit for him because he's so appreciative.  Even for a 13 year old who is 5'9" and growing and has size 12 feet and a huge instep.

Xander noticed his last pair of socks were too small and asked to be next in the sock queue.  I wanted to knit socks and asked him to choose from my stash. He chose Into the Whirled, The 'Verse colourway.

I loved his choice.

I started knitting.  I decided on top down (so I had control over the heel and could lengthen the foot if needed in the future).  I also went with a 2x2 ribbed cuff to work with growing, but still skinny legs.

I thought it was all going so well.  I added an extra inch to the heel flap compared to the last pair I knit for him.  Xander has a HUGE instep and I knew from Kate's wise counsel (and fabulous books) that a bigger heel flap means a bigger gusset and more stitches to decrease at the instep.

I was impressed with myself that I THOUGHT this through and had a PLAN.

Turns out I still think my baby is baby sized: 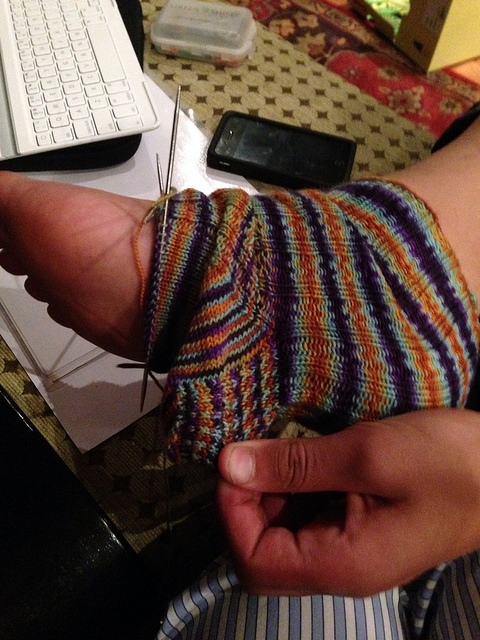 He can't even get his foot in.  Crap. 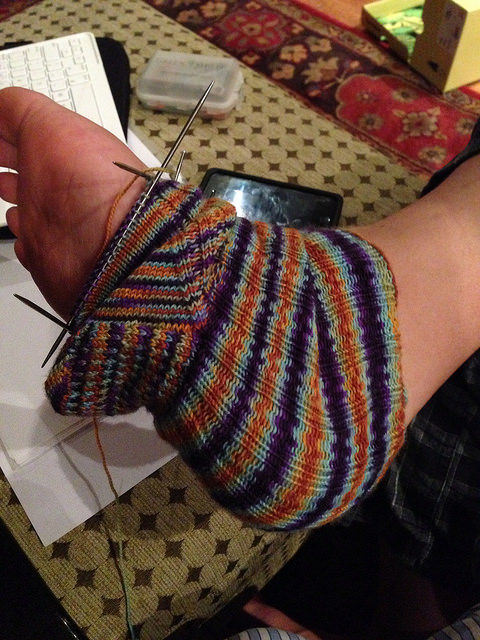 We talked and I said I could rip back to the heel flap and try again or I could keep these for me (or Emma who is eyeing them hungrily) and he could have the next pair.  And if he didn't like anything in my stash we would go and buy something especially for him.

Xander was sad but then made an excellent point: he is growing.  Fast and often.  He doesn't wear socks in the summer.  It would be better to keep these for me and make his next so they would be done when he was ready to wear them.

And I get some kick-ass socks. (Already on the second one). 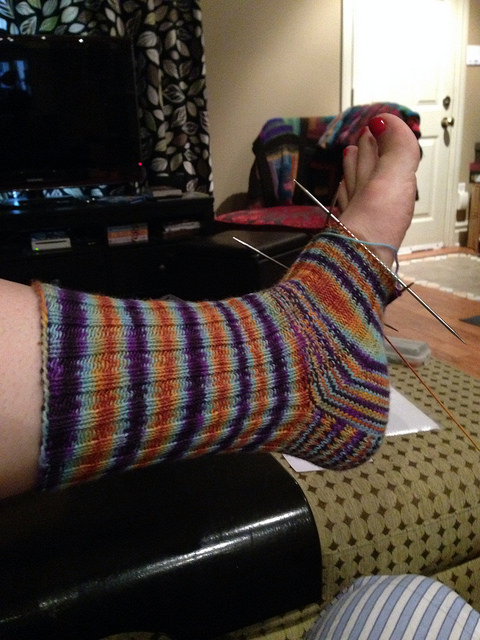 What a great sport!

My 27 year old daughter wore out her very favorite pair of socks. I made them for her when she was in grade nine or ten and from the very same yarn as Zander's 2003 socks. If you are a better note taker than I, I would be eternally grateful if you know the name of the yarn. With fingers crossed, Grace

Sent from my iPad