Home Archives Subscribe
Twenty
Knitters: Who do you love?

After seven blanket squares, it turns out I needed some knitting diversions. First was to cast on a quick and easy sweater, Gemma, using some old-stash Madeline Tosh merino in Tart. I love this yarn but didn't buy quite enough for it to be a lot of the garments I wanted. Note to self: don't be chintzy if you're stashing. 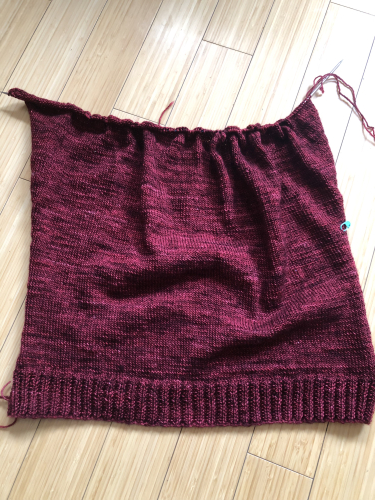 I also have a few work-wardrobe holes that could be filled by a simple red sweater, so I got swatching and got knitting. It's been a good knit while I watch Kingdom on Netflix as complicated knitting and subtitles don't work together.

Also if you're into light suspense with Zombies, watch Kingdom. So good. Set in 15th century Korea. Political intrigue fuelled by a strange zombie illness. Beautiful cinematography, lush costumes, interesting plot that has some surprises.

I also got tempted by Kate Davies' club pattern, Knitting Season hat. It's so beautiful. I've been wanting a red hat to go with my parka and I had the pattern, stash yarn and inspiration so I dove in.

I really like Fair Isle knitting and changing it up from the blanket squares was the diversion I needed. 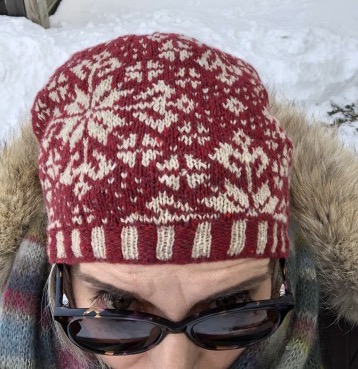 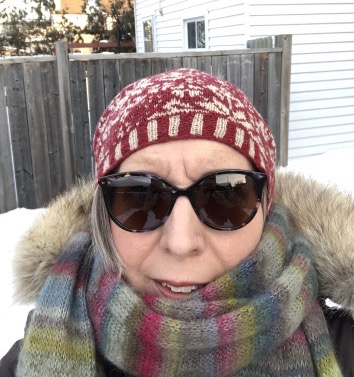 Such a beautiful pattern. Really fun to knit. I do find the corrugated rib band a tad tight and if you have a bigger head, I suggest adding at least one repeat as the pattern has you adding 36 stitches from band to hat. I'm hoping mine will stretch a touch more and I might reblock to see if I can coax it along. The ribbing isn't stretchy so there isn't a lot of play. I confess I didn't swatch, but it's the same Yorkshire Tweed I used for Strathendrick and the same gauge so I knew what sized needles to use. But I should have done a bit of the math to consider the sizing before jumping in.

No matter, it's pretty and something I wanted for my hat collection. And I'm itching to get back to my blanket squares.

Your hat is lovely! I, too, am, guilty of stashing slightly odd amounts of yarn. Love that Tart colorway!