The fireplace took some extra time to progress as we decided to hire a Mason to fix the broken bricks. This was something we researched (we over-research most of our DIY reno projects) and quickly determined that messing with a 100+ year old fireplace was best left to professionals. Because everything is slower due to the pandemic and because we chose to use a company that specialized in restoring old bricks, they didn't come until November. It was worth the wait.

They chiseled out some bricks (with a demolition hammer and all the ensuring dust) and replaced them with the correct size Ontario bricks. They also added a steel plate along the top of the opening to support the bricks. 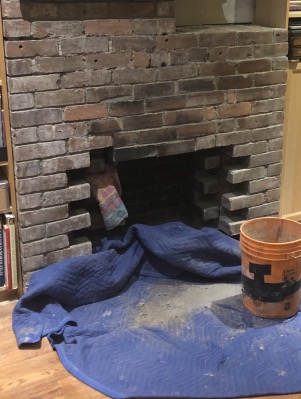 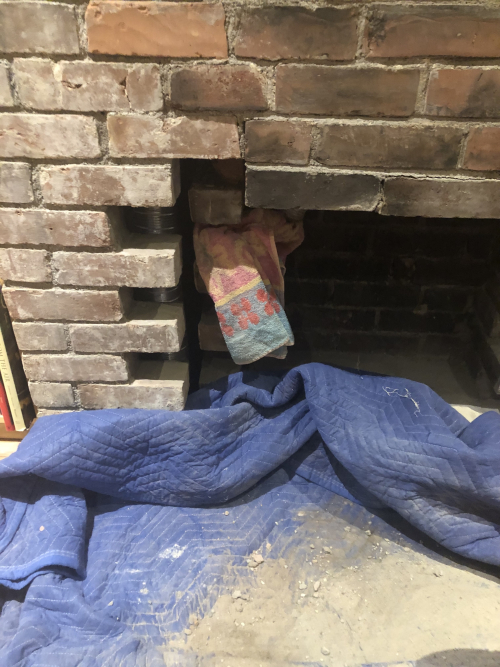 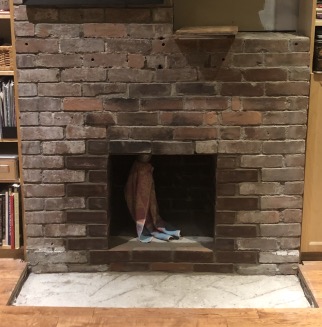 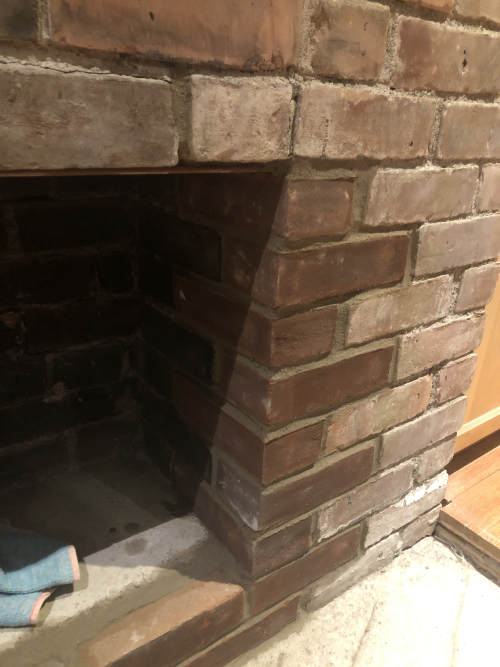 The whole thing took half a day and they were good enough to bring their own water for the mortar clean up because the water main up the street broke and we were at hour 48 (of 60) of having no water (a problem at any time but again more difficult with COVID as you can't just go to people's houses and borrow 10 litres of water a couple of times a day).

The bricks will eventually go lighter and look more similar to the original ones. We could add a thin layer of watered-down mortar to them but we've decided we like them as they are. It looks great. I'm not sure what I'll put in the space - I'm just happy it's not that old gas fireplace.

The next step is to deal with the hole where the hearth used to be. The plan is to figure out how to fill it most of the way and then add tiles to match the level of the wood floor. We tried to find a similar hardwood but couldn't and it would always look like a patch job. Better to make this part of the floor an interesting feature.

We actually finished the work this weekend but I want to clean up a bit more and take some nicer photos. There are still a bunch of stages left - building a mantel and figuring out some sort of built-in shelving around the bricks - but filling the hole was top priority (Ralph our Roomba can't seem to avoid getting trapped in there. His cliff sensor doesn't always keep him away).