Someone loves his new sweater 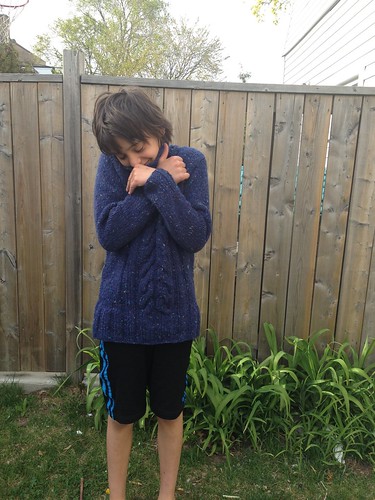 Alexander has been asking me to knit him a sweater pretty much since he grew out of this one I made when he was about 2. 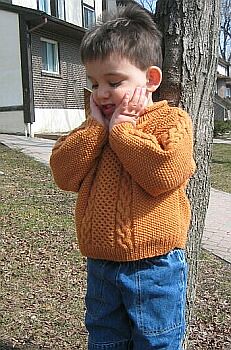 The kid has good taste.  He would pull Alice Starmore's Aran Knitting off the shelf and suggest patterns to me.  Complicated ones.  At 11 he's not a little kid at 5ft 3inches with feet bigger than my size 9.5 shoe size and since I suspect he's not done growing, I wasn't ready to jump into a full on aran sweater.

So we negotiated.  I went through Ravelry and chose sweaters I was willing to knit and we narrowed it down.  Smart cookie I am, I went with aran to chunky weight yarn so it would be done fast.  He chose this pattern and I chose the Debbie Bliss Donegal Luxury Tweed Chunky (on sale at Elann).

A month later, a sweater for my baby. 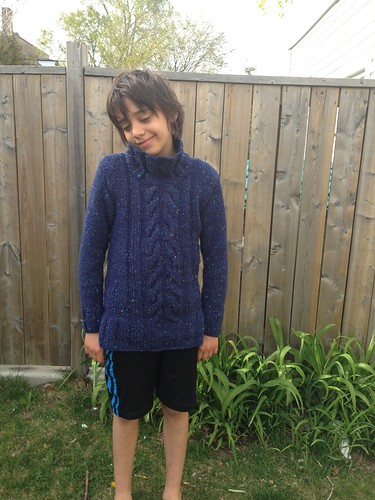 He loves it.  I love him for loving it.

The only modifications were to sleeve and overall length. 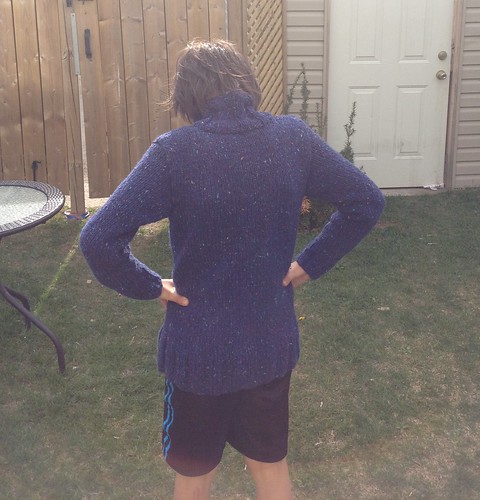 The sweater is a man's small, and I think my gauge was a bit tight.  It fits me (in a sweater girl tight way) so when he outgrows it I will still have it for myself! 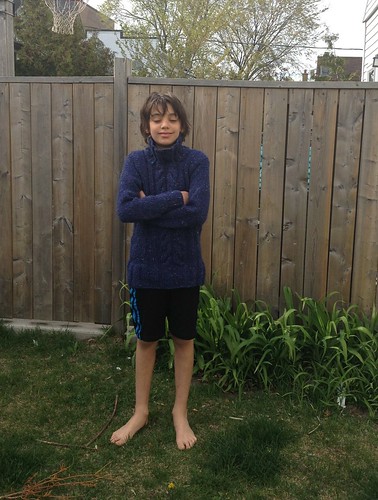